The Powerhouse Team Behind the Hand & Stone Massage Franchise

Elegant simplicity and a powerhouse team

The best franchise concepts have what I call an elegant simplicity.

They are easy to describe, and quickly understood.

They appear to have relatively few moving parts.

Each major element – like Hand & Stone’s simple menu of services, its membership-based approach, or the gift-card program – seems to equally and effortlessly benefit both the customer and the franchise owner/operator. 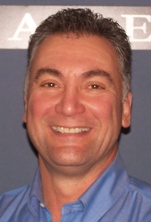 And, like best-in-class athletes, the teams that design, fine-tune and operate these franchise concepts make it look deceptively easy.  While the systems and strategies often look like they occurred naturally and effortlessly, they are almost always the result of a management team that is equally strong in right-brain creativity, innovation,passion, left-brain practicality, organization and bean-counting.

As was abundantly clear in the Discovery Day executive meetings, Hand & Stone Franchise Corp. has plenty of both.

Founder and COO John Marco [pictured, left] is the source of the vision and passion behind the Hand & Stone Massage concept.  As a physical therapist with 25 years of experience, John perceived the increasing public acceptance of massage services – and along with it the need for an alternative that provided a convenience and value without sacrificing quality or ambiance.  He opened the first Hand & Stone Massage concept in Toms River in 2005. 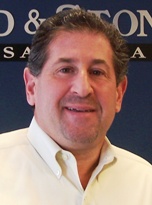 From the start, he recognized the appeal of hot stone massage and hired a leading expert and trainer in hot stone technique, Colleen Bryan, to head up his training department.  Having received numerous inquiries from entrepreneurs interested in opening their own Hand & Stone locations, John Marco began offering franchises in 2006.

The business and franchise development side of Hand & Stone Franchise Corporation was recently supercharged by the addition of franchise industry veteran Todd Leff who joined the organization as both President, CEO and stockholder.

Todd Leff’s track record and 20 years of experience building successful franchise organizations is formidable.  From 1990 through 2006, Leff grew Cottman Transmission from a small regional chain of 120 stores to national powerhouse with 400 stores.  Most recently, Leff served as the president and CEO of AAMCO Transmissions and Cottman Transmission who had combined sales of almost $600 million in 2008.  Leff supervised all operations and management of the 1,100 franchised stores operating under both brands and was instrumental in bringing Cottman and AAMCO under common ownership in 2006.

In his lunchtime presentation, Todd Leff referred to himself as the “numbers guy” who’s obsessed with business metrics, keeping operating and investment costs low, and maximizing the franchisees’ bottom lines.  One of his first initiatives was the addition of the facial services as a new potential revenue center, and rebranding the spas “Hand & Stone Massage & Facial Spa “to reflect the expanded product line.  The line expansion has reportedly already made a significant positive impact on unit level financials.

In speaking with Todd Leff, it’s clear that the man who created one of the country’s largest complete car-care 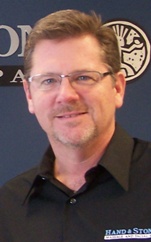 Shortly after taking the reins as CEO, Leff announced the appointment of respected industry veteran,  Bob McQuillan as Vice President of Franchise Development.

Industry and Hand & Stone veteran Colleen Bryan continues to head up the growing training department, and has recently been joined by other key management additions, including Debbi Worton & Tara Kelly. 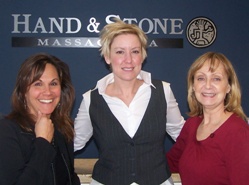 Hand & Stone Director of Operations Debbi Worton has an impressive professional background with such leading companies as Maybelline, Proctor & Gamble and the Lawn Doctor Franchise system.  Debbi oversees implementation of the “Spa in a Box” development program that enables turnkey spa development typically in 4-6 months.

Tara has 15 years of retail advertising and media buying experience, and previously headed up in-house ad agencies for both AAMCO and Cottman Transmission.  Tara is highly experienced in developing content, media plans and promotions for franchise owners throughout the country.